To make a place a home 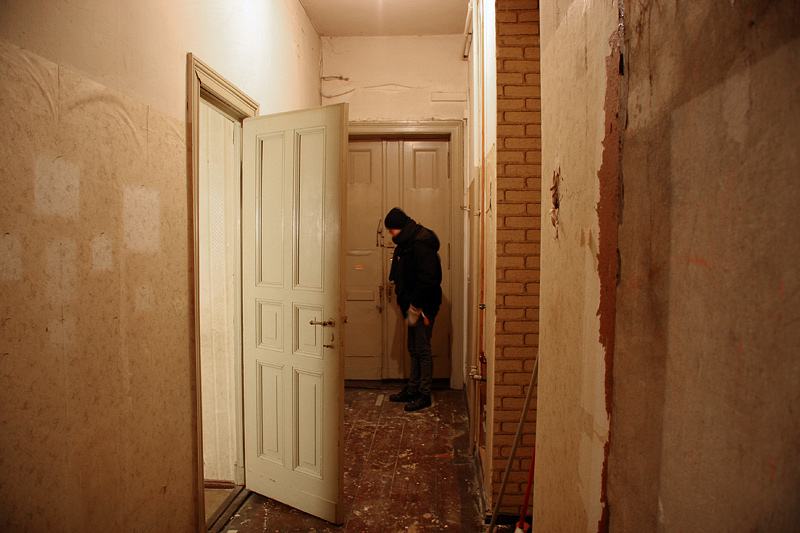 Two years ago Johan and I found the apartment where we live now. No one else wanted it, it was empty for a long time and the house owner had almost given up on renting it out. We went to have look at it for fun, to have something to compare with after seeing all fixed-up places that didn’t really appeal to us. We both fell in love. It reminded us pretty much of Adolf’s house, but an apartment version of it in a big city instead of on the north Swedish mosquitofilled countryside.

You can see pictures from this summer of what it looks like now at Freunde von Freunden. It’s not finished (does a home ever get finished, no, but you know what I mean).

Will show you pictures from before we started fixing it up and a few from the process. This is several months later, painting the walls in the hallway. 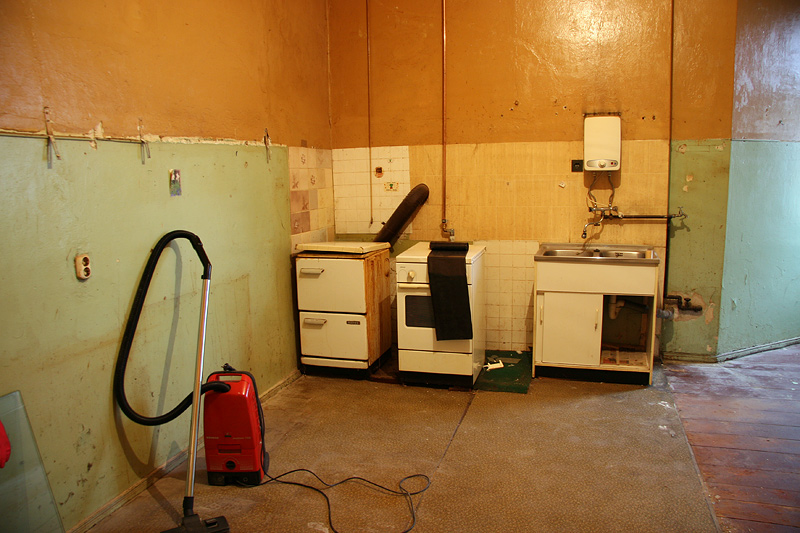 Welcome to the fancy kitchen. 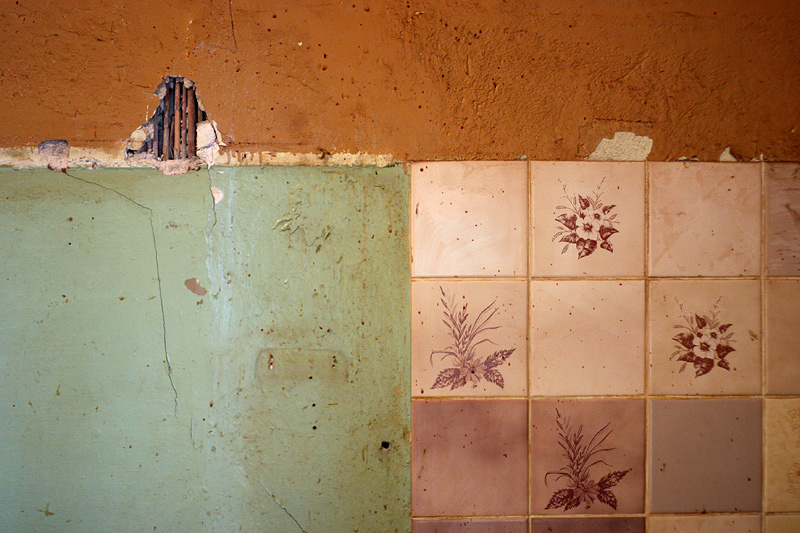 It took a couple of months of cleaning before we could start putty and paint the walls. 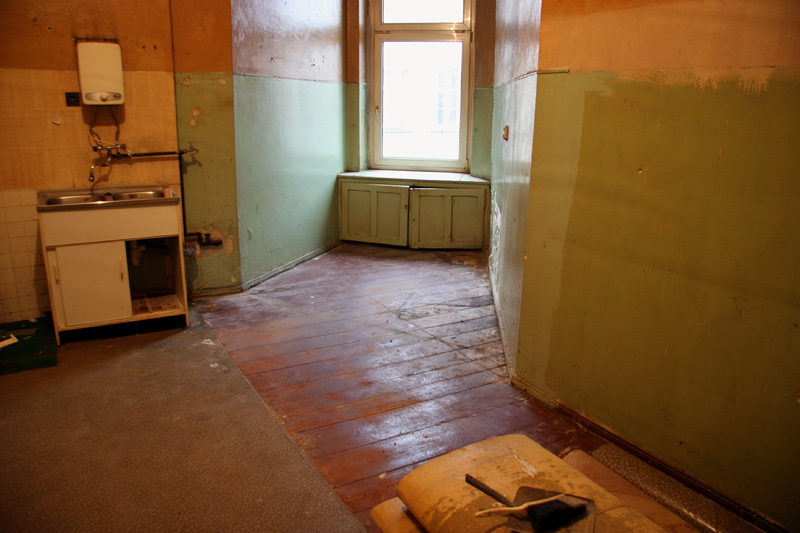 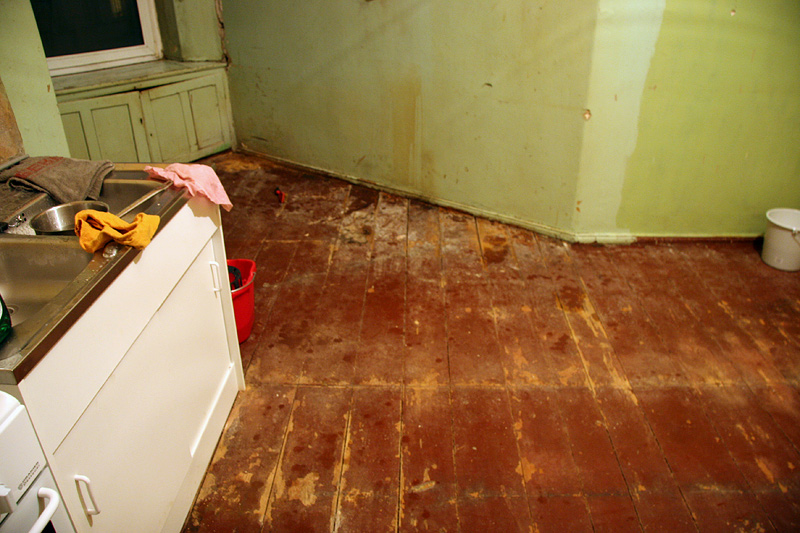 …a toilet for the cat. 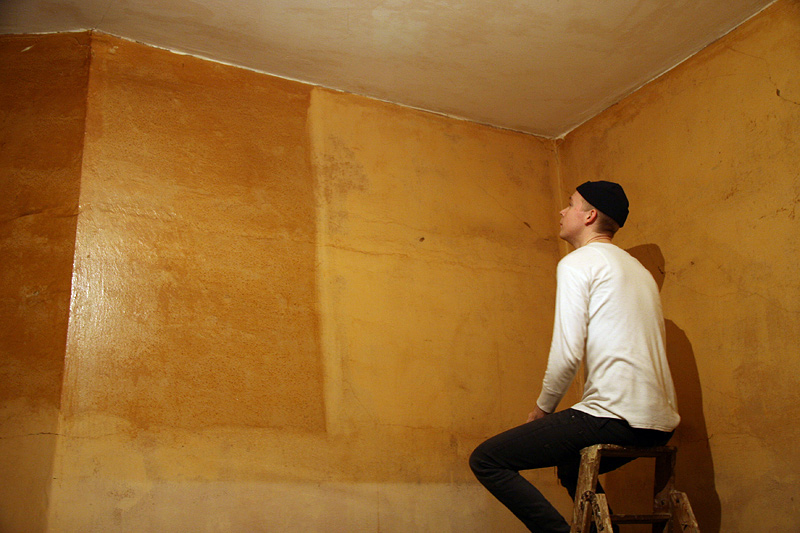 We first thought the kitchen walls were sponge painted, but it was all dirt. 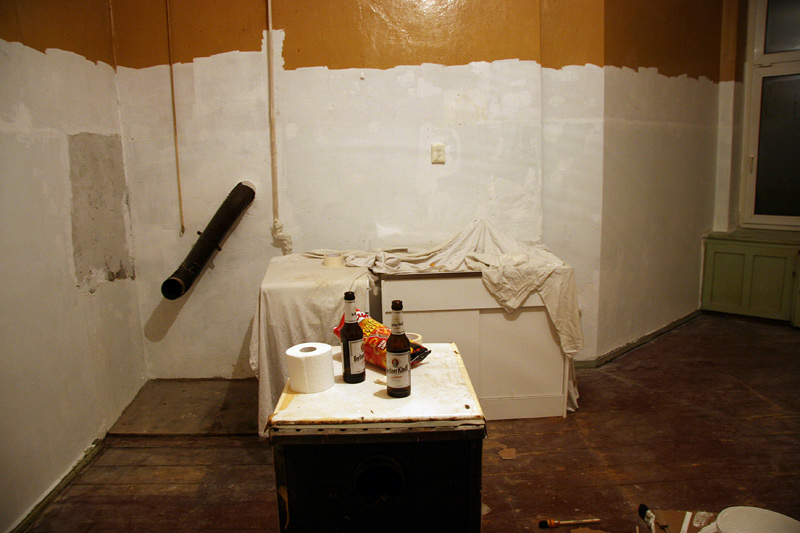 A couple of weeks, and a couple of beers later, it was time to start painting. 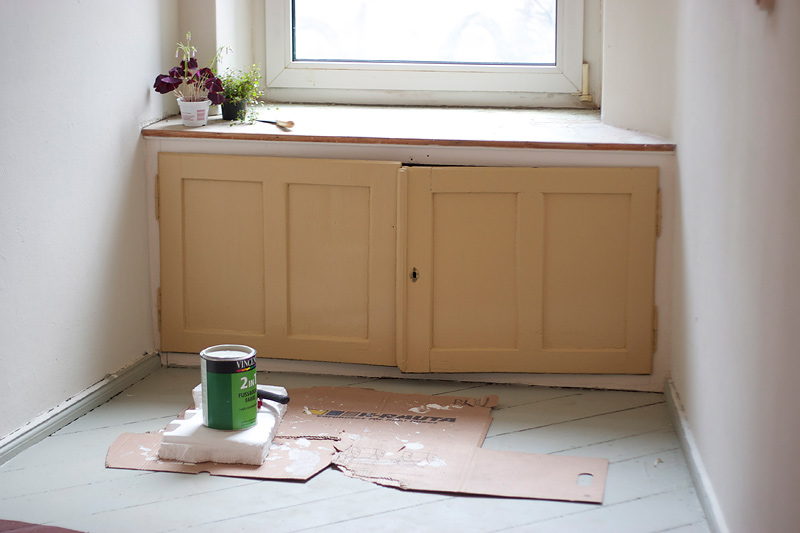 I remember sending this picture to my father and his reaction was It looks like Adolf’s house. Well, the inspiration is obvious. 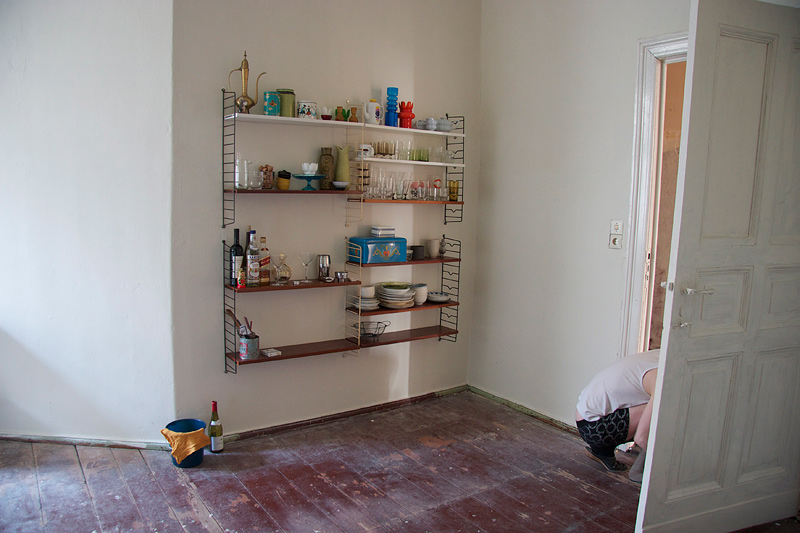 Putting up some of our good old shelves (we brought all our stuff from Sweden when we moved). 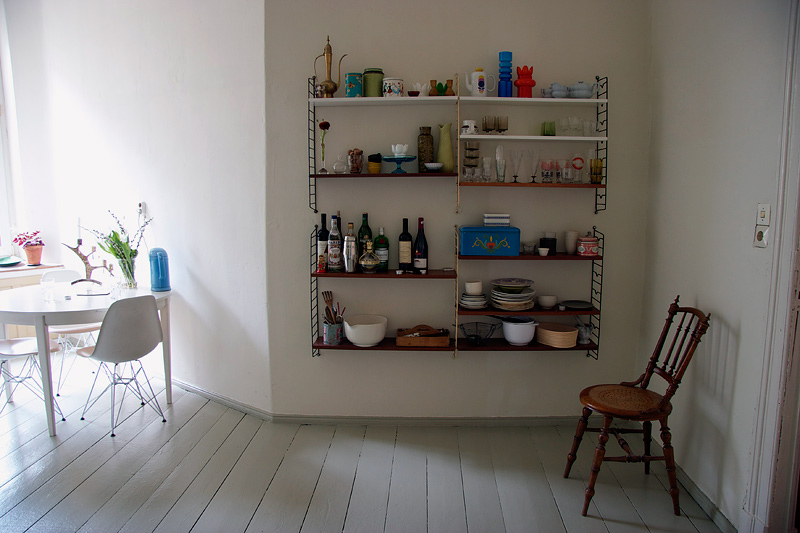 A couple of months after moving in, we could start using the kitchen. 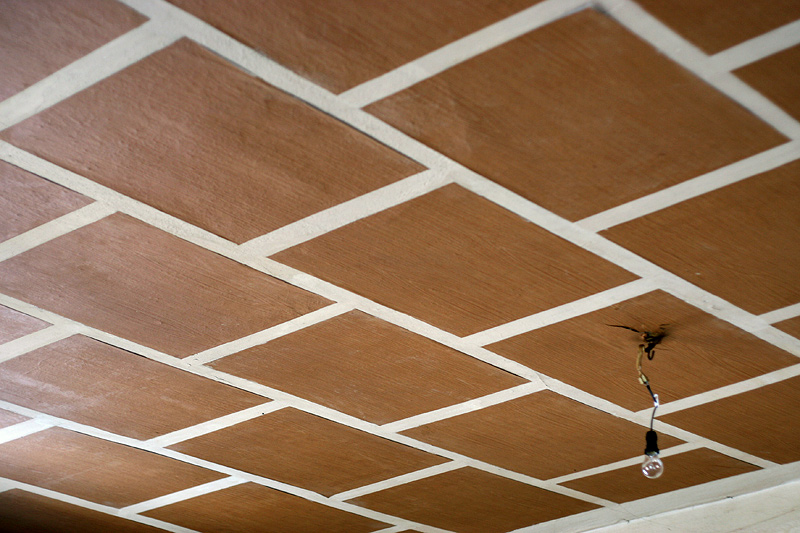 Now, it’s time for the livingroom – welcome!
Once upon a time someone had the good taste of removing all the beautiful stucco and replace it with squares of fake wood wallpaper in the ceiling. The areas around are so drenched with nicotine, that we still have a strange pattern in the ceiling, but it looks better than this at least. 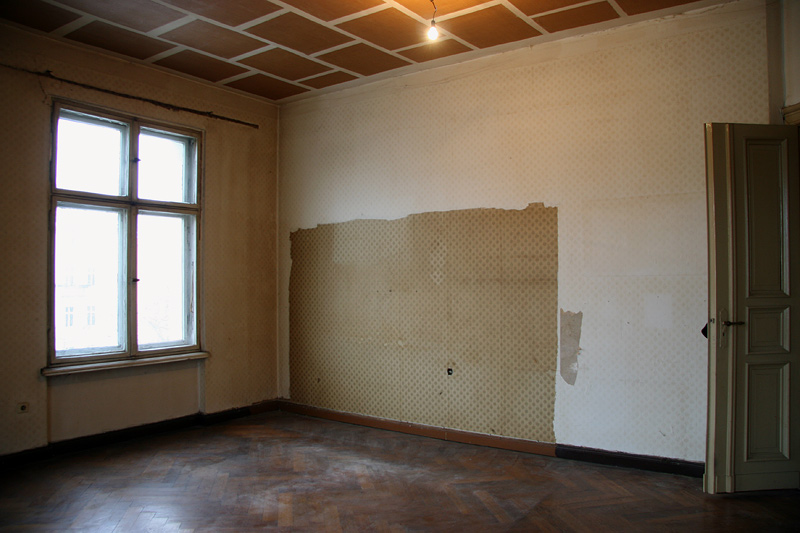 Lovely old floors that I have polished after this picture was taken, they look healthier now. 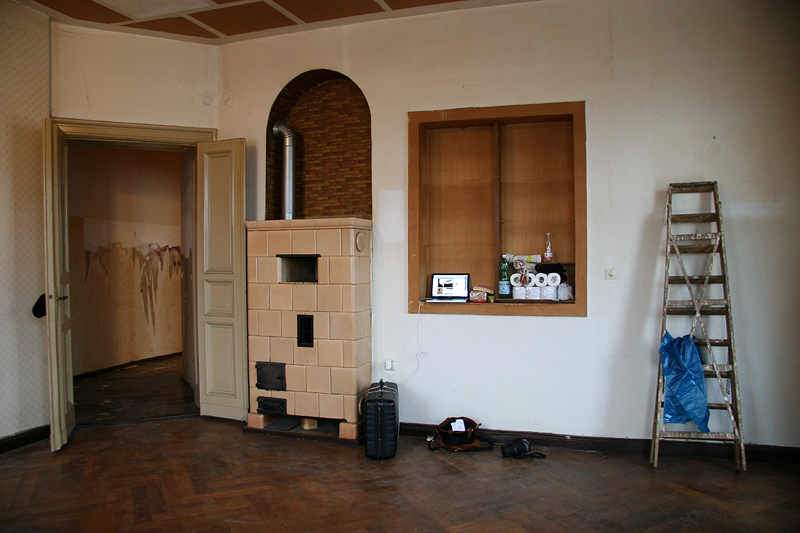 This is from my first day at this place, before our stuff arrived. Luckily I had my computer, water and toilet paper 😉 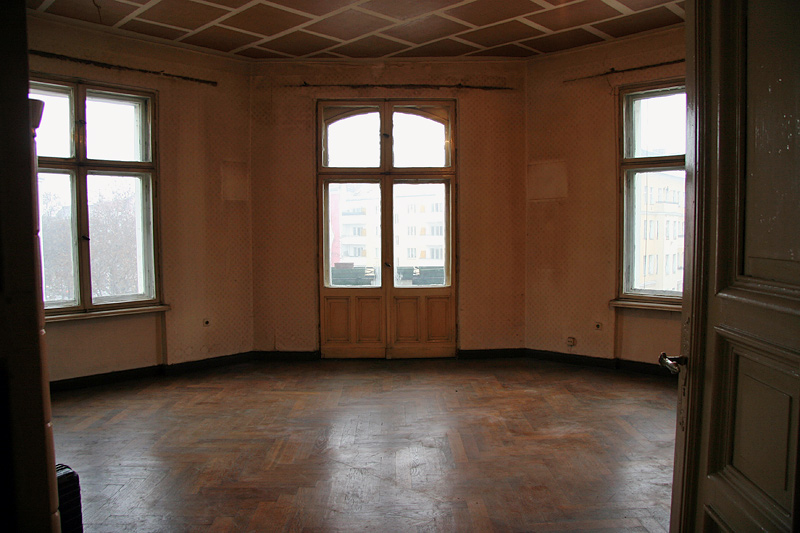 Love the shape of the livingroom. Actually, no room has a square shape, which I find really nice. 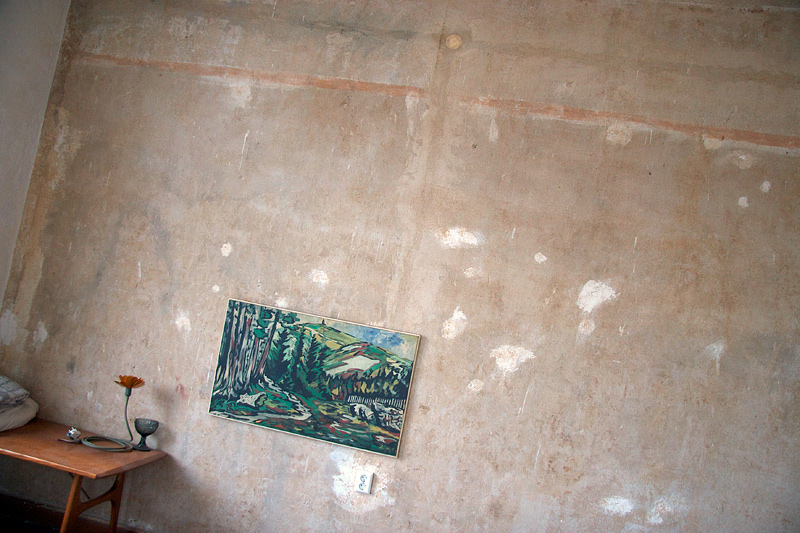 It took us almost 1.5 years to finish this room. 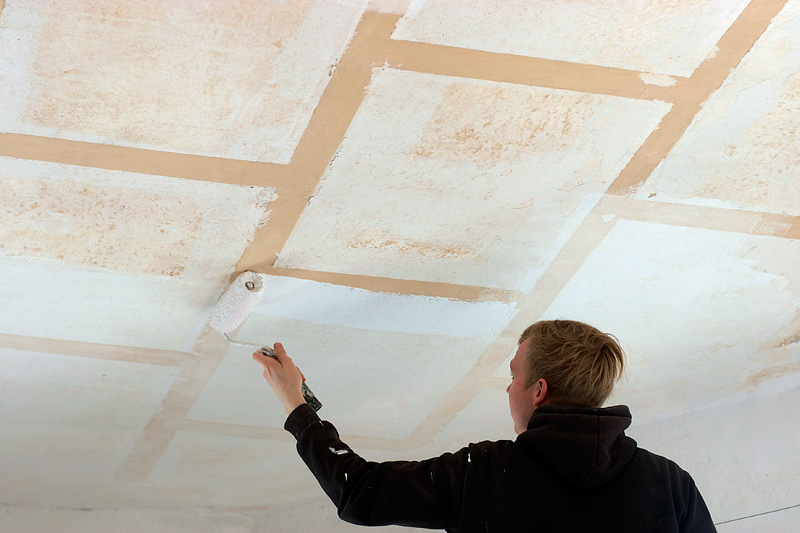 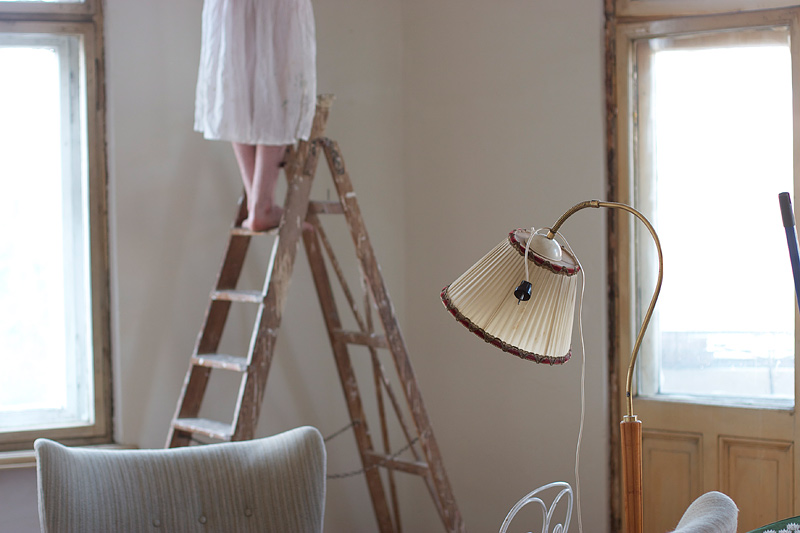 Painting the walls. We have used the same cream white colour in almost all rooms. 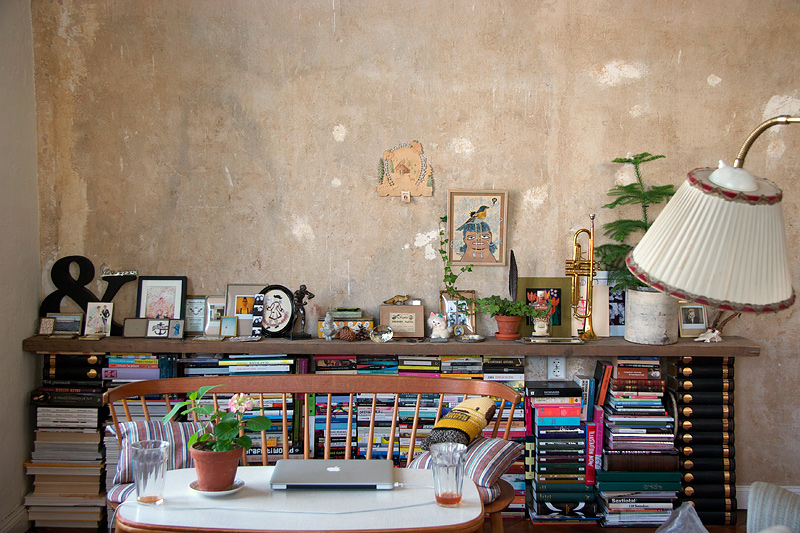 This picture was taken for the a day project on May 15th this year. It was accepted and will now be in the book and is being exhibited, my friend Bibbi posted about it here. Fun! 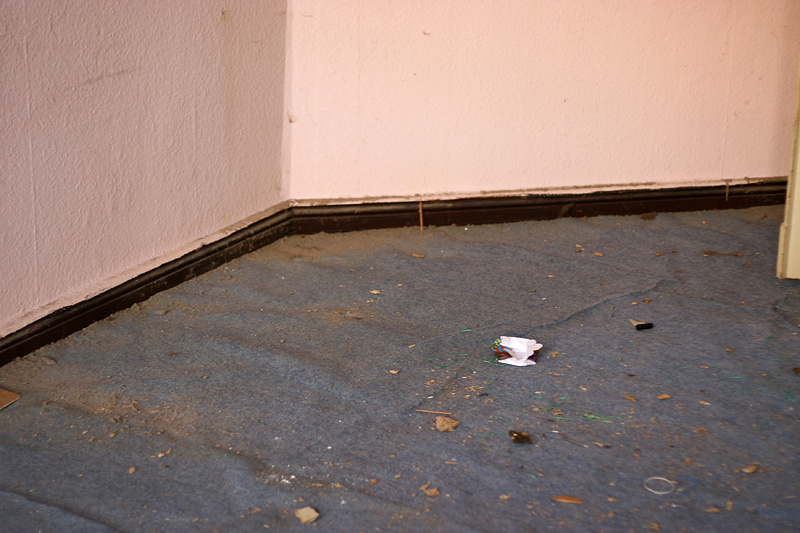 Welcome to my studio. Pink and white Rauhfaser-wallpaper, I was so happy that this wallpaper was only in one room. 70 kilos of putty later it was hidden and forgotten, phew! 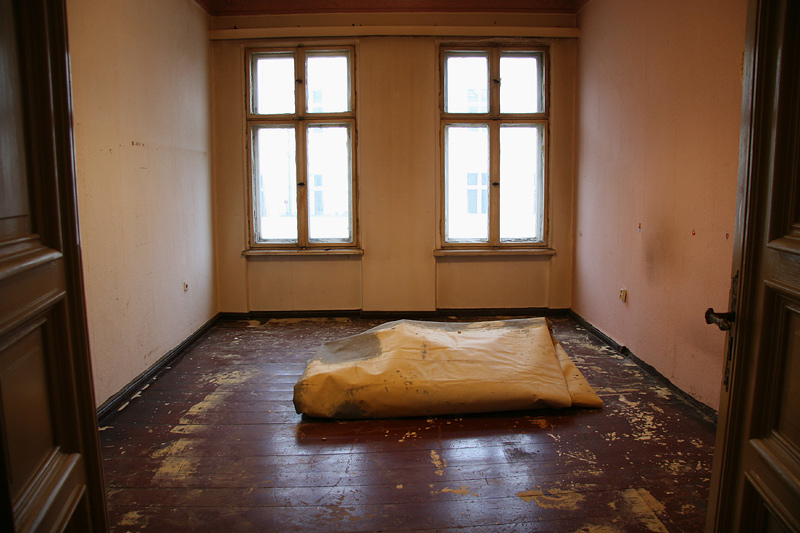 It was a hard job removing that strange felt carpet that was in most rooms, so worth it. 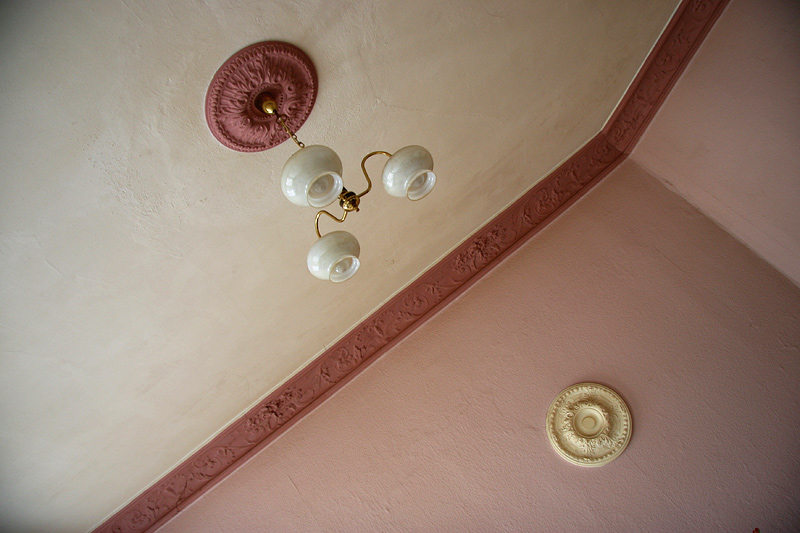 I kind of liked the pink, but I like the plain cream white better when I work. 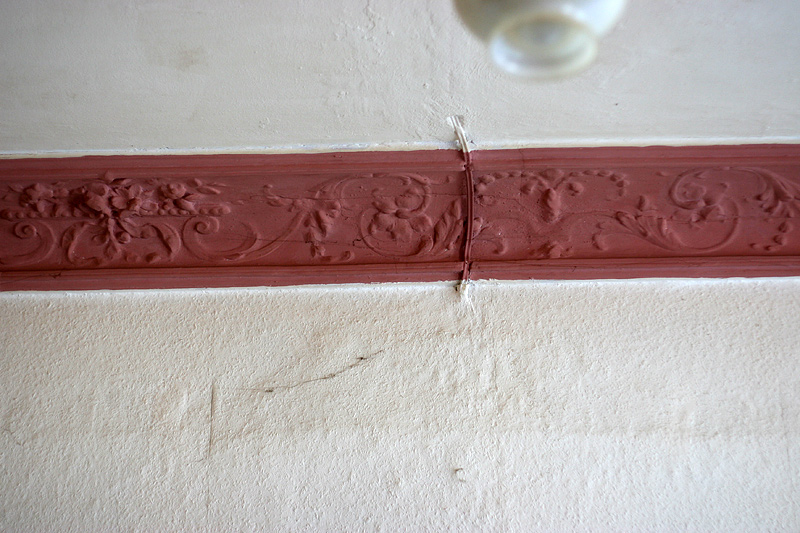 Rauhfaser wallpaper is such an uninspiring thing to be surrounded with (my opinion, not a fact). 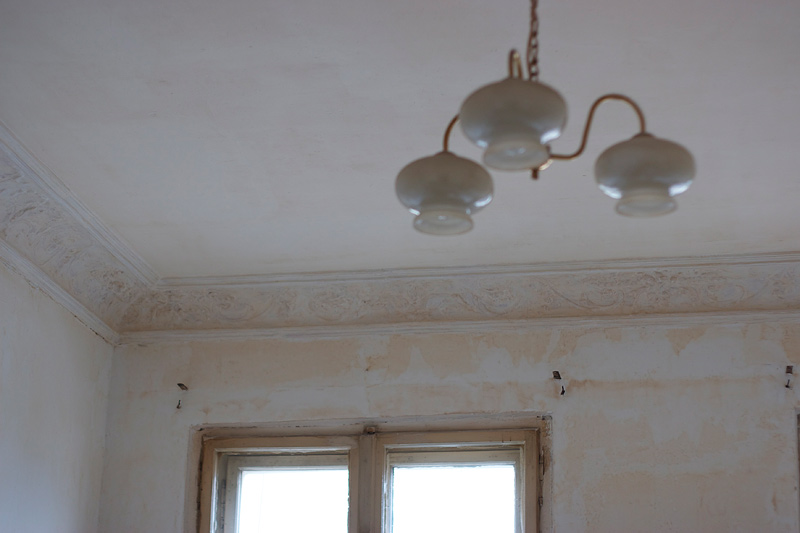 I thought 1 layer of paint was enough on the stucco, it makes it look nice. The old wallpaper is covered with putty waiting for paint. 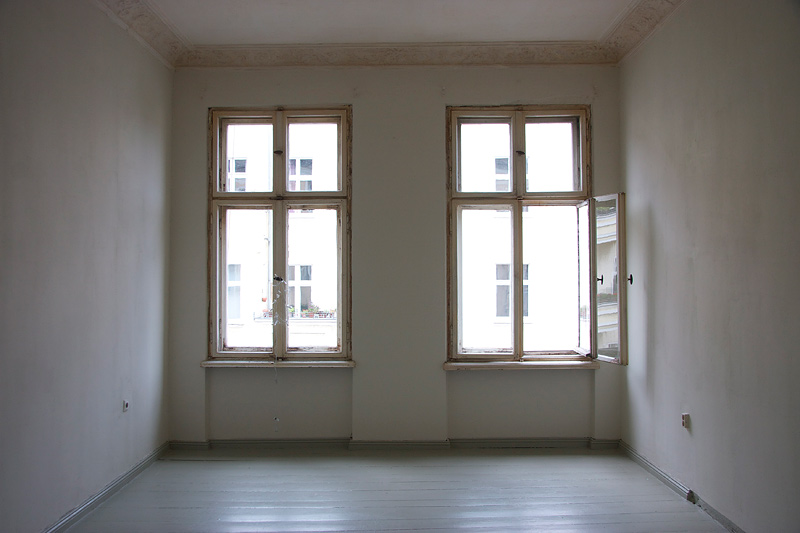 In August last year it was time for my job to move in.
Here you can see more pictures of my work space.

I am so happy we found this place. It has been lots of blood, sweat and tears to make it a place to live in, so so worth it. There are still plenty of things to do; the bathroom for example, but it can wait.

This site uses Akismet to reduce spam. Learn how your comment data is processed.

Around a colourful Berlin